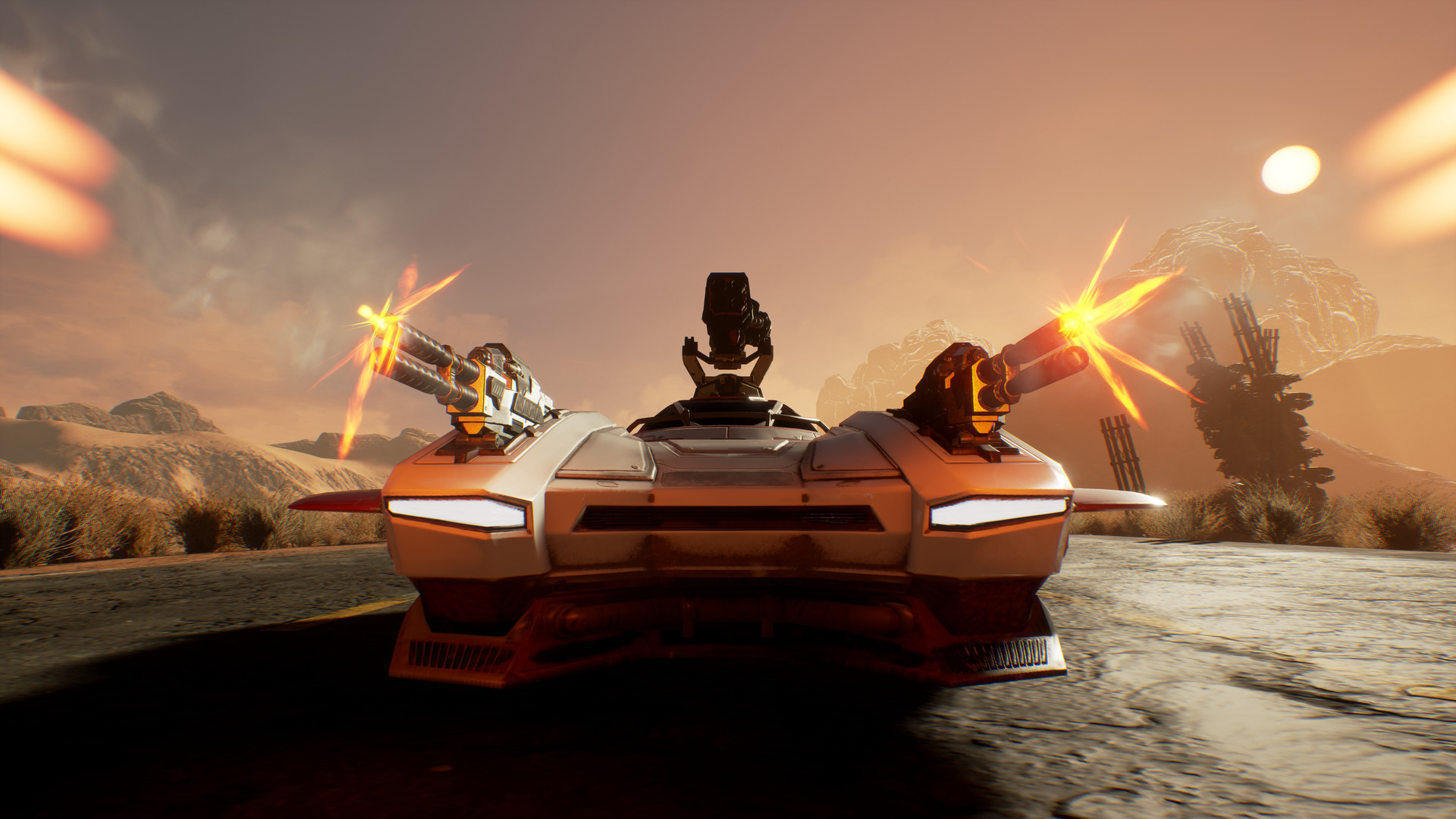 In 2023 the US government barely functions, and society is stretched to breaking point, as huge corporations hold sway in the cities while the rest of the land slides into chaos. On the highways of mid-America - aka The Big Empty - pollution, stagnation, catastrophic climate change, and gang warfare has resulted in a near-apocalyptic nightmare.

In this dystopian alternative America, the Sanctioned Ops - highway warriors for hire - enforce what few laws remain, but only for those that can afford their services. With natural resources in short supply, violent gangcults hunting on the broken roads, and questionable contracts always available for those happy with not asking too many questions, morals are flexible and life is cheap.

Taking on the role of one of the characters inhabiting this murky world of tarmac and blood, you'll take to the sand-swept highways to complete objectives that drive their story forward, as you begin to piece together what's really happening in the world of Dark Future.

Having equipped your vehicle with a devastating array of weapons and defences, you'll need to think quickly and utilise every strategic option available to you in order to survive bullet-riddled encounters from relentless enemies.

- Too wild to be true, too close for comfort: Experience eight stories that introduce you to the dystopian society of Dark Future's grim car combat universe.

- Challenging roguelike campaigns: Take on missions and attempt to survive in the scorched wastes of America in brutal, endlessly replayable run-based campaigns with perma-death.

- RealTimeShift Vehicular Action Strategy: Issue orders to your vehicles by distorting the flow of time in a realtime strategy game unlike any other.

- Large selection of cars and weapons: Devastate enemy vehicles with bullets, rockets, mines, and more from a variety of super-charged supercars.

- Upgrade your Interceptor: Purchase new offensive and defensive capabilities for your vehicle to fit your play style.

- Hire Ops and use abilities to outwit opponents: Engage your turbo to chase after enemies, Ram opponents off ravines, or work with Hired Ops when you think two Interceptors will be better than one.

- Striking visual design: Witness an America on the brink of total collapse and fight warped enemies in dramatic locations, with jaw-dropping physics and visual effects, all powered by Unreal Engine 4. 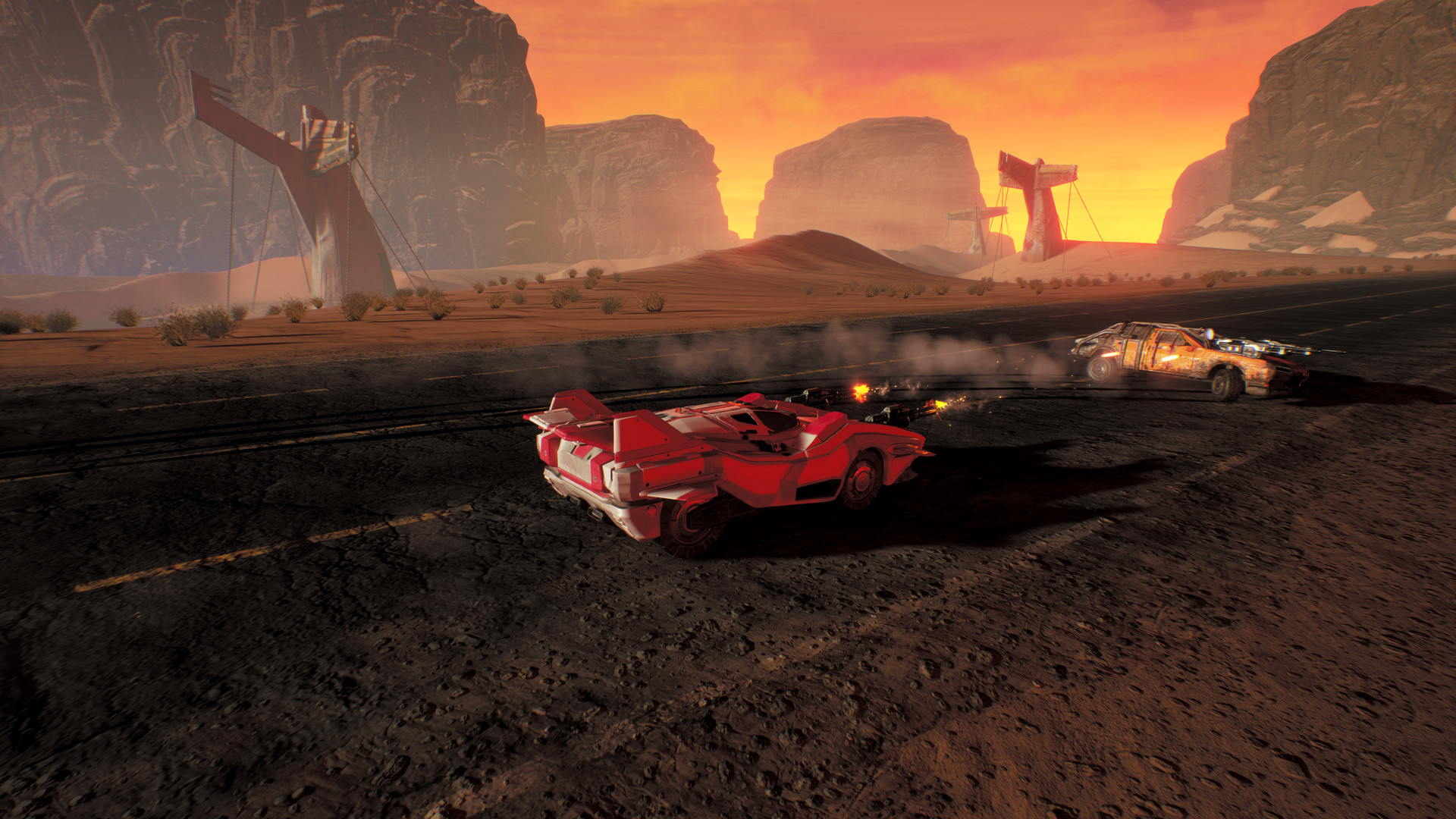 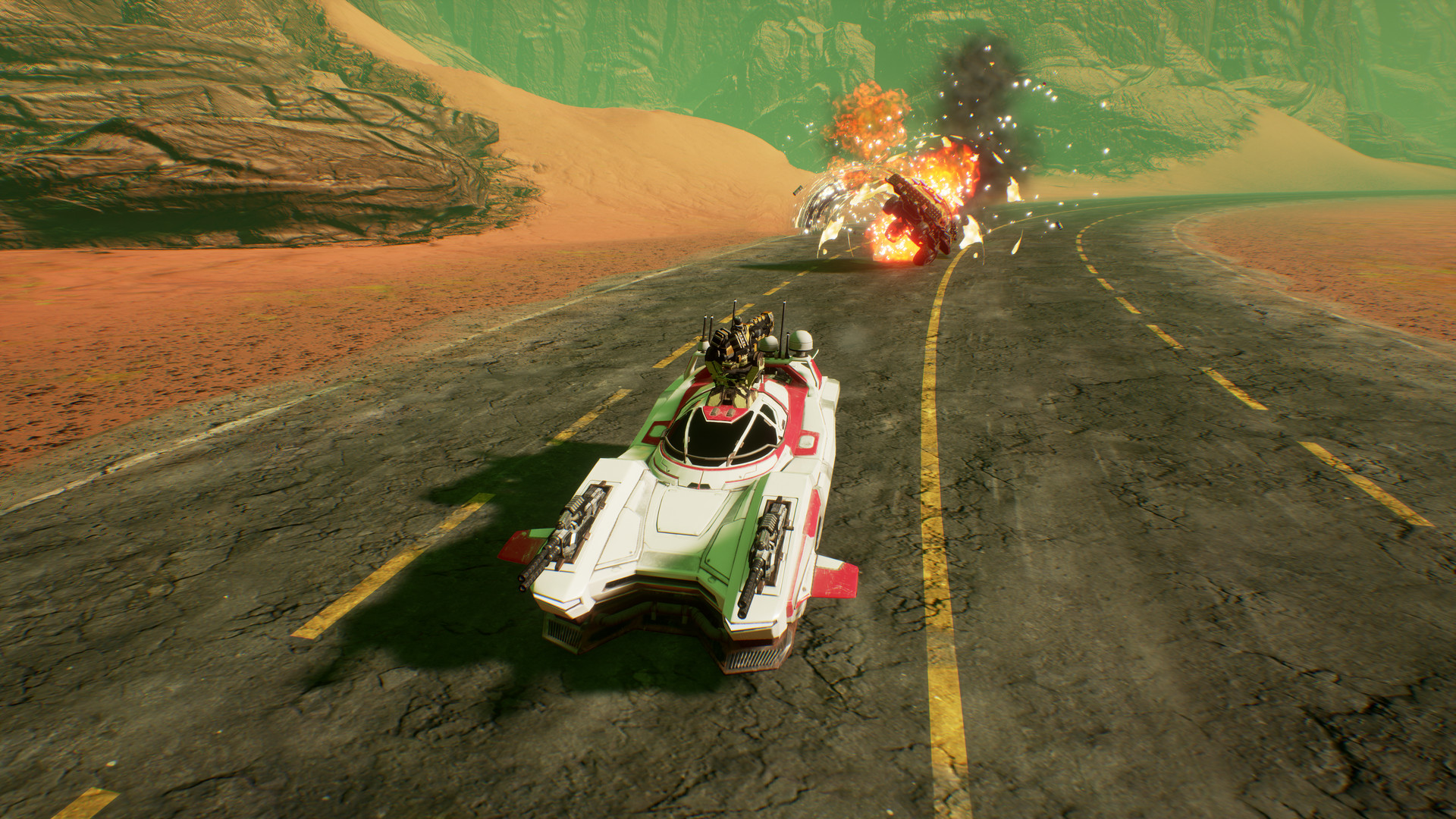 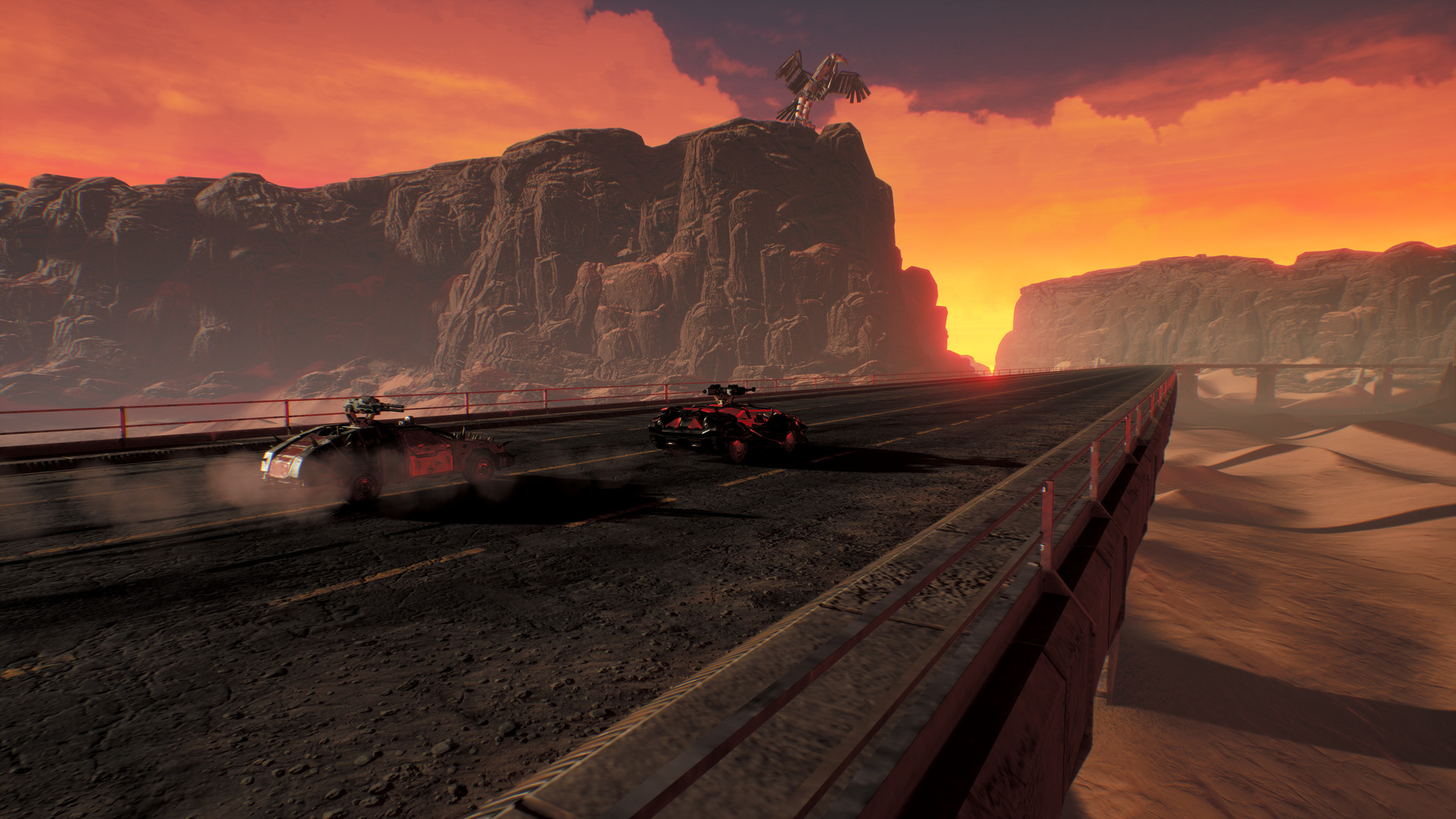 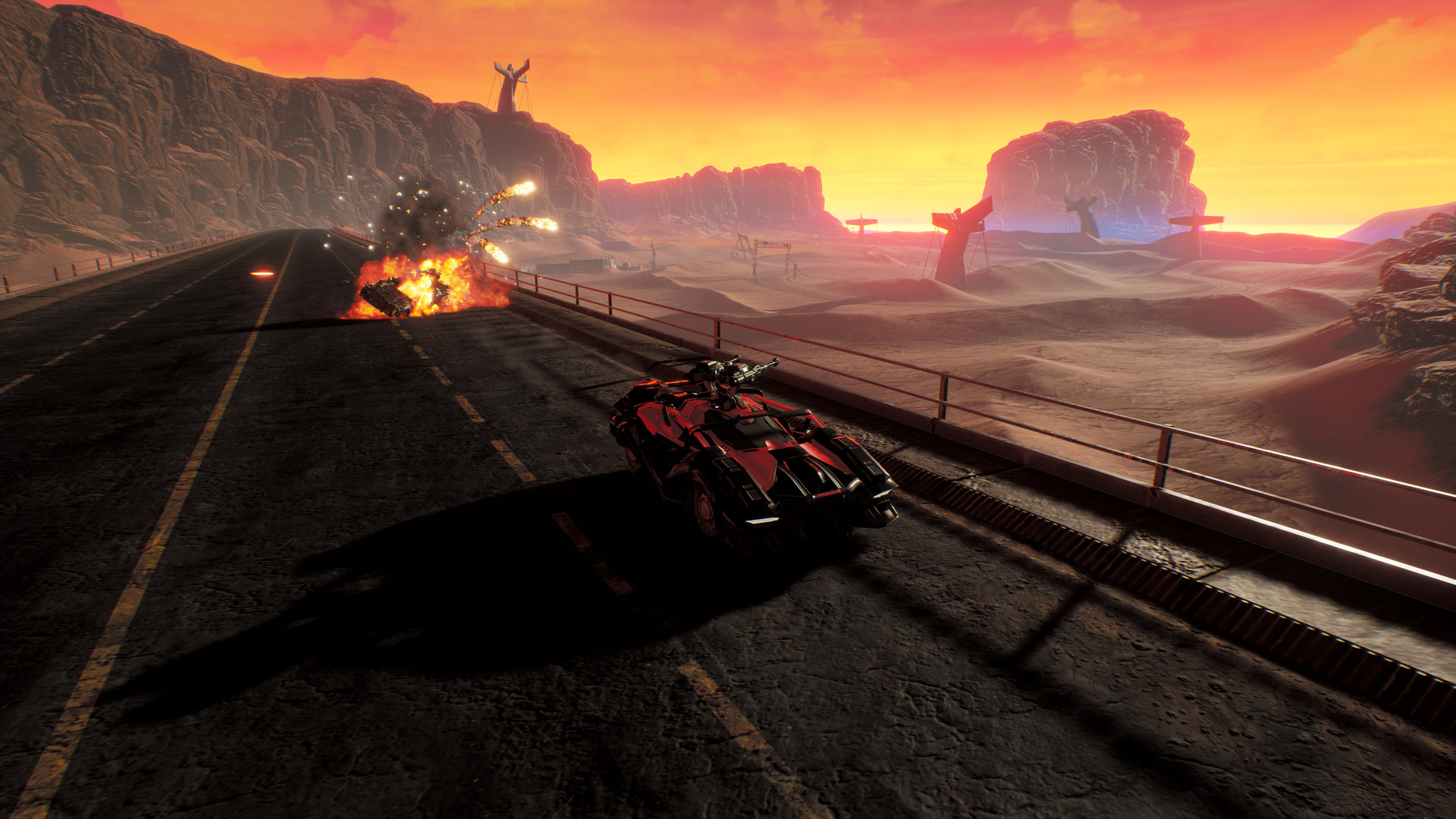